Jumping events happen regularly, but our last Jumping event was limited to Trieste. Many Helion players still preferred to play on a lower-power server, where reaching 180+ was a major undertaking. But with Helion’s power curve pressing onward and upward as the months pass, we decided that it’s time for players to get the chance to jump right to Helion's endgame.

During this Jumping Event, each account is able to create one Jump character on the the Helion server. Only newly-created characters can be Jump characters; it can’t be applied to existing characters. Jump characters begin play at a higher level (level 180, for this event), and receive a starting package full of gear and items suitable for gameplay at level 180.

You either die a noob, or you live long enough to see yourself become a tryhard

Jump characters begin with their first and second Trans Up tiers unlocked. They do not have a Meister title selected, and must speak with Meister Gniar in Mitera to begin the quest to qualify for and receive a title.

The Hero Supply Box provided to all Jump characters contains a collection of temporary and/or consumable items (including 15 days of Holy Water), while the Hero Support Package has a complete set of starting gear for all equipment slots. Some of this equipment is temporary, and meant to tide you over until you can obtain your own. But the Elite Helpyron’s +7 weapon and armor are yours to keep, and the armor even provides a set bonus. Elite Helpyron’s gear can have brands and sockets added to it, but it cannot be traded or upgraded to higher than +7, and its set bonus does not work with regular Helpyron’s equipment. 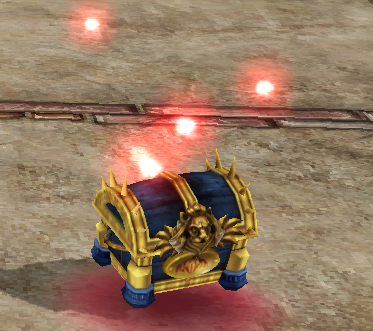 The Hero Support Package contains a Jumping Support 185Lv Package, which can be opened at the indicated level and will refresh your supply of consumables. Additional boxes are available at levels 190 and 195, with the 195 box containing a permanent bracelet, costume, wings, and mount. There’s no way to get a stronger start to your adventures in Trieste! 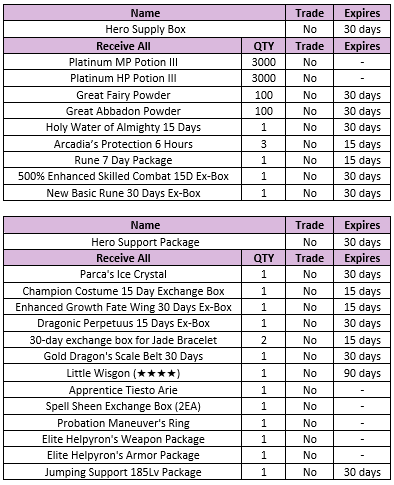 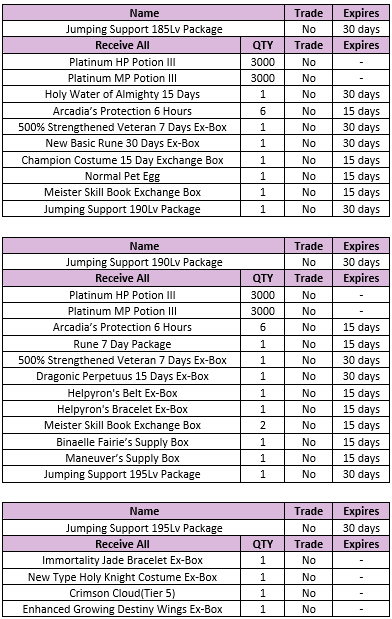 The popular event from July returns! Every day, you can speak with Head Priest Tora, in front of Siz Temple in Mitera, to receive the Daily Training quest. Tora tasks you to enter the Forgotten Underground Temple, and defeat Helpyron at the temple’s lowest level. Upon your return, you’ll receive a Dirt-Stained Pouch, along with one billion (with a B!) experience points. Not bad for a day’s work! 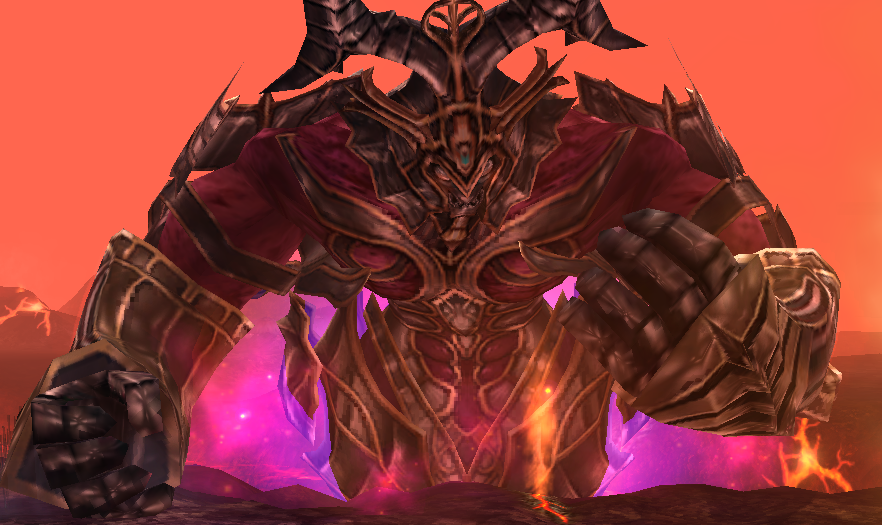 He could be naked from the waist down, and you'd never know. Like my last Zoom meeting. 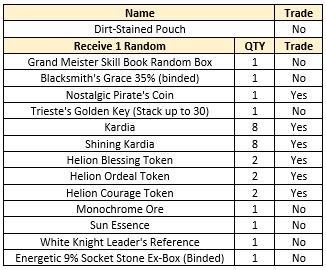 It only took months of asking by our community, but we finally got the hint and have delivered the newest line of Zuto's weapons - and you'll only find them in the DShop.

If you missed your chance at receiving or crafting your own Third Nexus Helm during the last sale, then the return of the best-selling Nexus Lucky Box should be welcome news.

And due to popular demand, we're introducing Helion's Glory Lucky Box. If you can't be arsed to construct your own Helion's gear, or want to try for better rolls, this box has got your back.

The 20-pack deal for Schrodinger’s Box has been removed from the DShop Premium tab, but you can still purchase singles and ten-packs as before.

Awaken Zuto's Grace Lucky Box has a chance to produce a weapon that will mangle your opponents as hard as its title mangle the rules of grammar. Nothing hits harder in PvP than an Awaken Zuto's World Beater weapon. And they go great with the Zuto's Bracelet or Belt you might find as well, granting a potent set bonus. 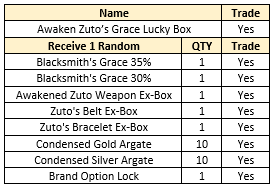 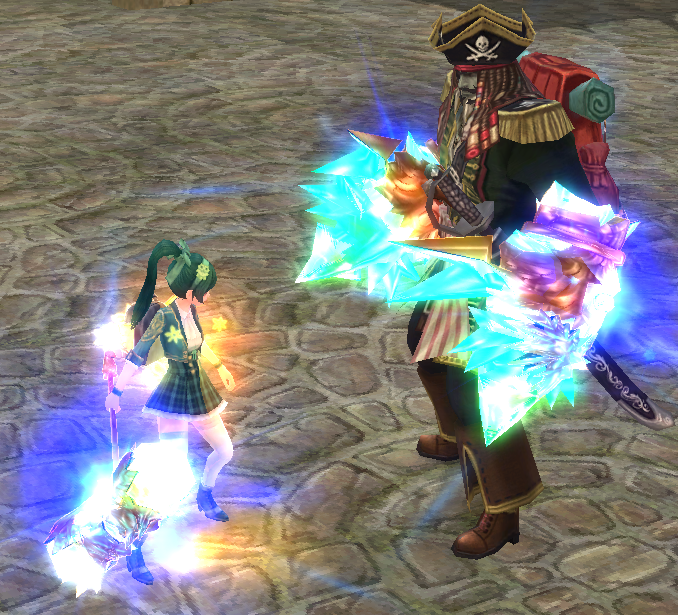 "Mine doesn't squeak either. I'm disappointed."

If you’re looking for the most elite headgear to be found in Dekaron, look no further than the return of the Nexus Lucky Box. Even if you don’t pull out a complete Third Nexus Helm, you might find components to craft your own, or Mana Crystalline and Dimension Energy which can be exchanged for the First and Second Nexus Helms at Worshipper’s Shelter. Helpyron’s Belt and Bracelet complete the Third Nexus Helm set when reinforced to at least +7, and you can find these accessories in the box, too. 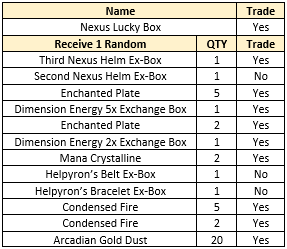 Helion's Glory Lucky Box has a good chance to contain, as you'd guess, a box with your choice of Helion's weapon or armor. What more could you ask for? 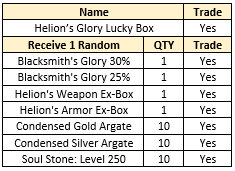