No events this week, but in between coming up with new sale offers, we finally managed to get the class balance patch working. Some new visual enhancements have been added, too.

Equipment tooltips have gained increased functionality. Holding Shift while an item’s tooltip is displayed will now show you the possible ranges for its Option values. 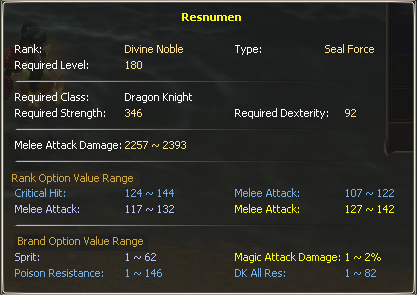 Tooltips won't point out how bad you are at picking Brands, though.

The new tooltip information doesn't function for pet Rank Options, and can only be viewed when the item is equipped or in your personal inventory. Option ranges cannot be viewed for items in your bank or pet inventory, items in player shops or the agency, or items linked in chat.

You’ll have an easier time singling out your current target in the thick of combat, with the fancy new targeting indicator. This picture can’t do justice to the bold, spinning golden pointer and the flashing, pulsating yellow ground indicator. Have a look for yourself. You’ll never lose your target again! 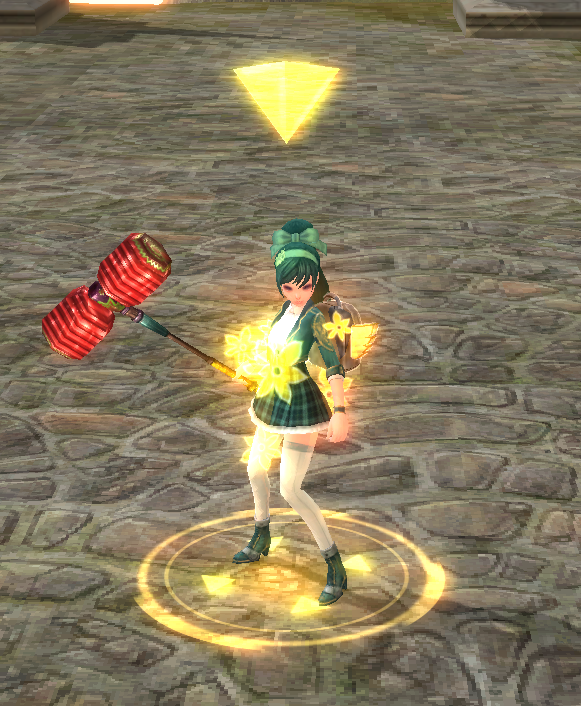 The only way it could be more ostentatious would be a neon sign that says "Here's your target, dummy!"

Our long-awaited class balance update from two weeks back didn’t quite match expectations, primarily due to many of the promised changes not actually being included. To be precise, we missed everything that we didn’t have enough documentation to test. Whoops! We’ve gotten our act together and have ensured that the remainder of the announced changes have been included in this week’s update.

The Arrogance and Paranoia pets for both Summoners are confirmed to have been beefed up, receiving double their original HP, and 75% reduction against melee and ranged attacks. This doesn’t guarantee that they’ll live forever, but the hope is that they’ll remain relevant for at least a bit longer in high-end play, taking an extra hit or two. The Resistance and Dani Chakra are confirmed to have had their HP increased by a factor of four, as well. 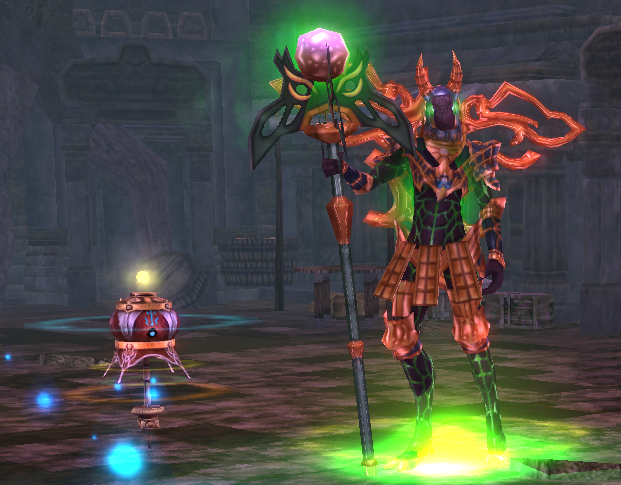 Hit us, baby. One more time.

We’ve gotten the main stat damage formulas straightened out and confirmed. Check for yourself that the numbers now match up! The number under the New column is how much your attack damage will increase for every point of your main stat, before all other modifiers. Not every class received a boost, but we’re including the complete table for reference.

All characters should have their accumulated stat & skill resets set back to zero, allowing you one free reset for your stats & skills at NPC’s such as Berks in Ardeca.

This week’s DShop offers give you a chance at a new costume, or to accessorize your current outfit. Challenge boxes make their return, too.

Every reward received from the New Type Costume Jackpot Box, no matter which, is guaranteed to be stylish. Your chances at getting a Crest Random Box 4 are the best anywhere, and these boxes have a chance to contain the best costume crests to be found in Dekaron.

All four New Enhanced Hero Costumes can be accessorized with crests, and grant useful combat buffs upon killing a monster. The Soccer Costume has been kicked back into the DShop after a long absence. 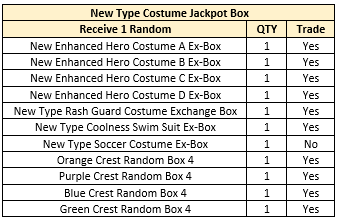 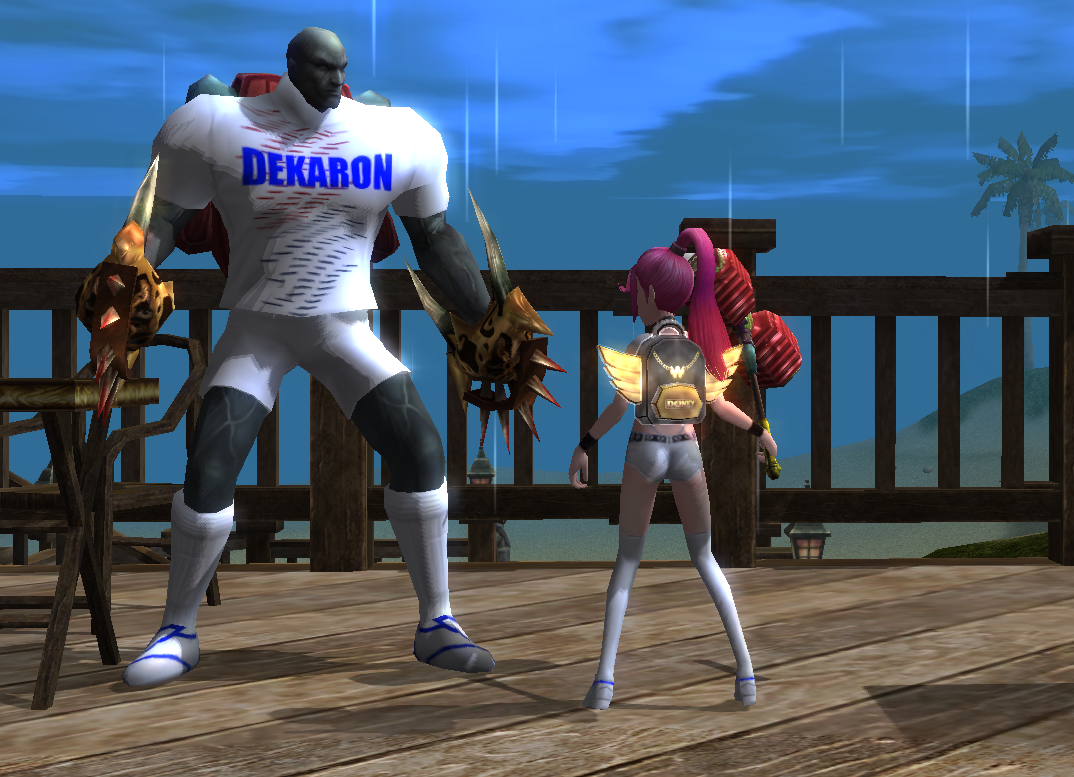 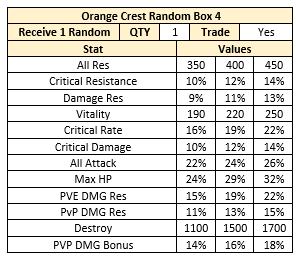 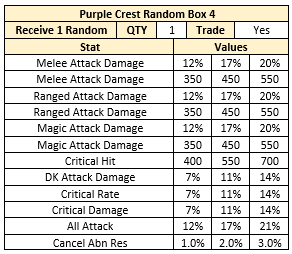 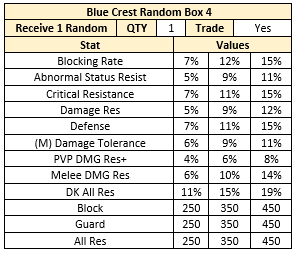 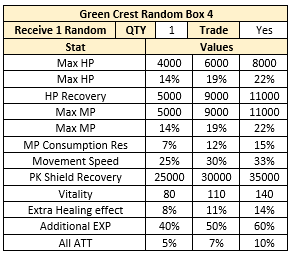 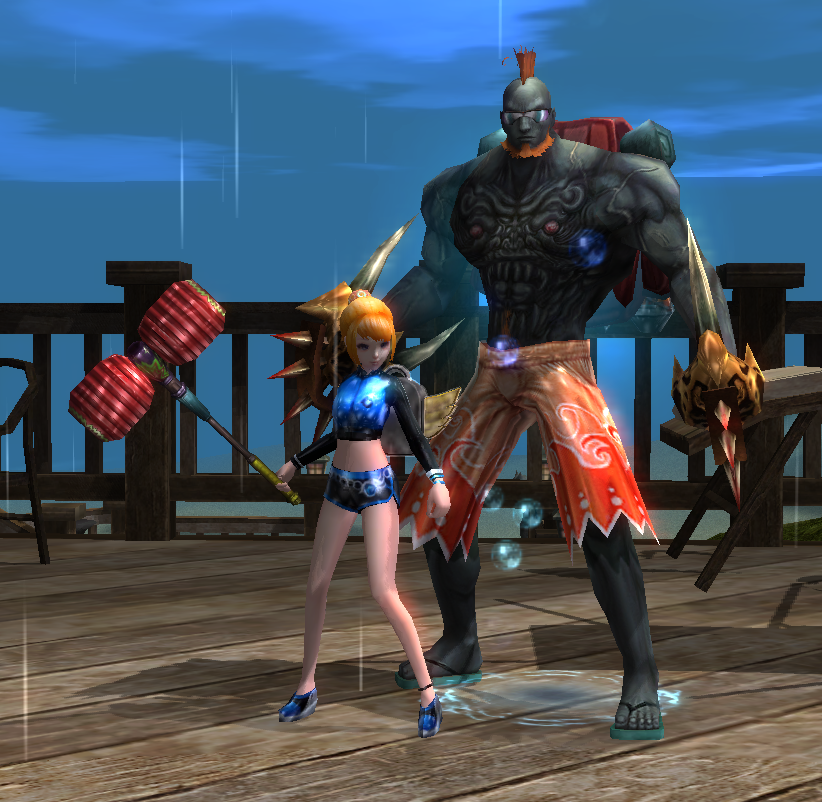 See, it's those nipples that're making you less aerodynamic.

Each step of the 50/50 Lucky Box has an equal chance of either granting the prize listed for that step, or advancing to the next step. No hidden odds or trickery, just heads or tails. The tenth and final step has an equal chance of gifting either the Full Moon Star Earrings or the Colosseum God of War Bracelet. If you’re feeling a lucky streak, then here’s where you can make the most of it. 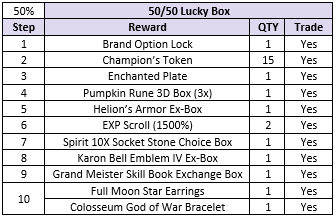 The Karon Bell Emblem IV Ex-Box contains the emblem you already know, but you can sell or trade this box until it's been opened. 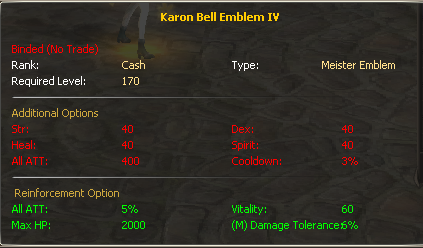 Tooltips for all levels of the Half Bagi’s Devastating Slash now display properly.

As a final note, 500% experience will be in effect for the next 96 hours, once the server is up.