While we’d planned to close out 2020 with a major update, we keep managing to find more content for your stockings. So enjoy the final day of the year with some freebies, or gift yourself one one more time with some fancy DShop offers.

If you’re cheesed off about being stuck inside when you’d planned to be out ringing in the new year, we’re only happy to acknowledge your cheesed-offed-ness accordingly. All characters who log in for least 15 minutes during the hours of 12pm to 5pm GMT (UTC) December 31st will receive a We Are All Cheeze Rune 1D Ex-Box in their mailbox.

There's no account limit, so feel free to tag all of your characters. But don’t put off opening the box for too long, because unopened runes will be removed on January 14th.

Our 3-week EXP bonus event was set to end today. But to celebrate the new year, and the successful and (relatively) smooth launch of Action 24, we’re extending the event for just three more days, and upping the bonus to 700% (800% for the PK channel on both servers).

In the wake of the Christmas rush, we’ve managed to find shelf space for a few extra trinkets.

Why is it called the 2020 Finale Costume Box, when its contents largely consist of wings? It might be due to the Viola Sewing Needles, which let you turn your binded Mystical Fabric into a tradable commodity… 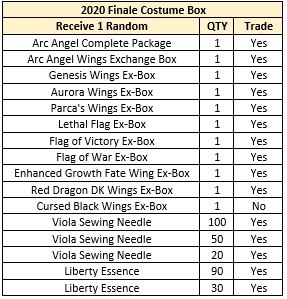 …but more likely it’s because of the chance of the Arc Angel Complete Package, which contains both your choice of New Type Stylish/Stunning Santa Costumes and Arc Angel Wings. On their own, they’re standard New Type costumes and a pair of wings with average stats, but the set bonus offered when you wear both provides a more competitive boost. 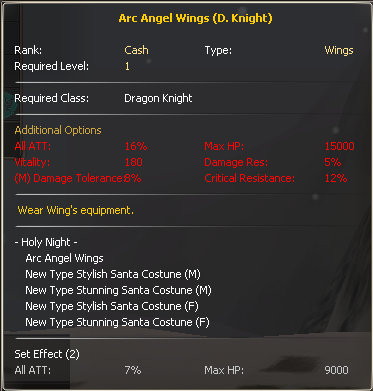 The usual bulk discount applies, letting you purchase ten boxes for the cost of only nine. 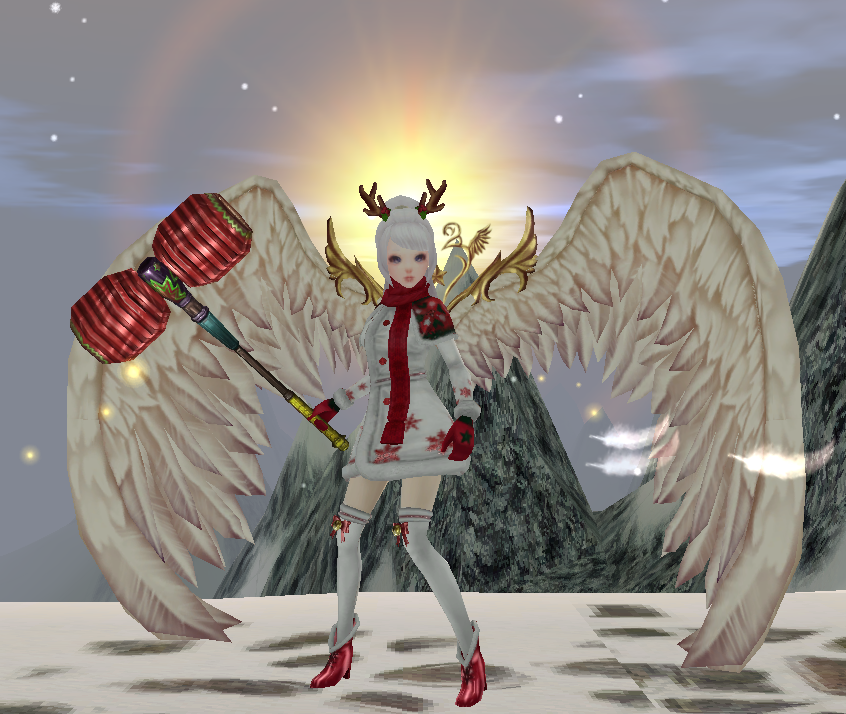 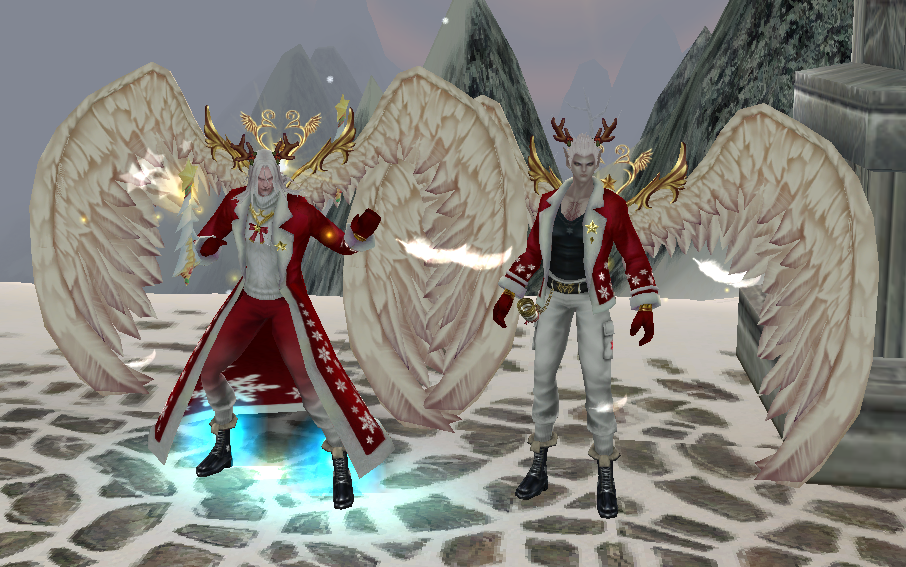 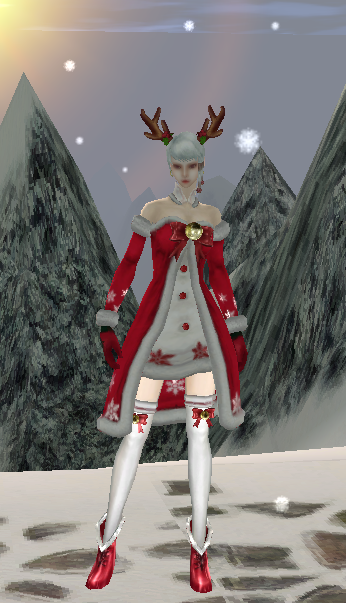 Been an awful good girl, Santa baby, so hurry down the chimney tonight. (Stunning)

Where’s the glitter on the Hyper Glitter Box? Excellent question. But while you’re pondering that, you’ll still want to take a chance on the final word in top-tier pets, with each of the land's most coveted companions among its possible rewards. 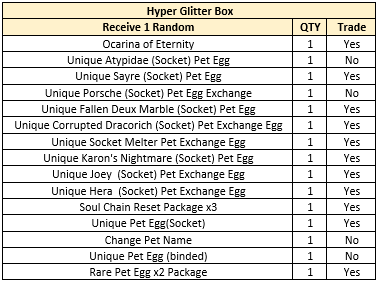 The Circulation Emblem is back on players’ minds, due to the upgraded Snowflake Emblem, and we’re looking for ways to make the climb to Stage 50 a little less intolerable. But if you want to bypass all that right away, and you’ve got the scratch to do so, the Circulation Argate Lucky Box can save you some runs through Death Corridor. 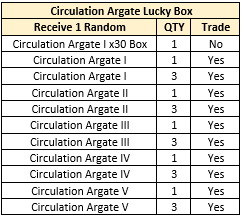 Perhaps related to the discovery of Elmar, the Aquanic Rune is now available for the foreseeable future, under the Item -> Growth tab. Like all runes, it occasionally contributes bonus experience and a buff to players who carry it into combat.

The Xmas Double Choice Box now contains the correct number of New Wings Socket Stone Lucky Box (ten). Players who only received one box when selecting this option will be compensated accordingly.